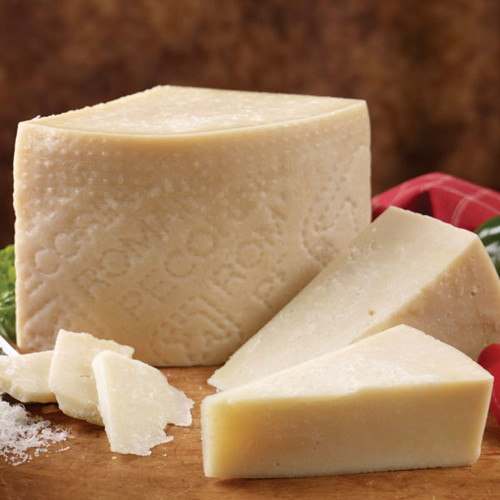 Pecorino is a term used to define Italian cheeses made from 100% sheep’s milk. Of the four Pecorino cheeses that have received Protected Designation of Origin (PDO) status under European Union law, Pecorino Romano is one of the most ancient types of cheese as well as the most famous outside of Italy.

Aged for 12 months, Pecorino Romano is one of most widely used, sharper alternatives to Parmesan cheeses. Because of the hard texture and sharp & salty flavor, Pecorino Romano is an excellent grating cheese over pasta dishes, breads and baking casseroles. Although, the use of the cheese is limited because of its extreme saltiness. Pair it with a glass of big, bold Italian red wine or a light beer.