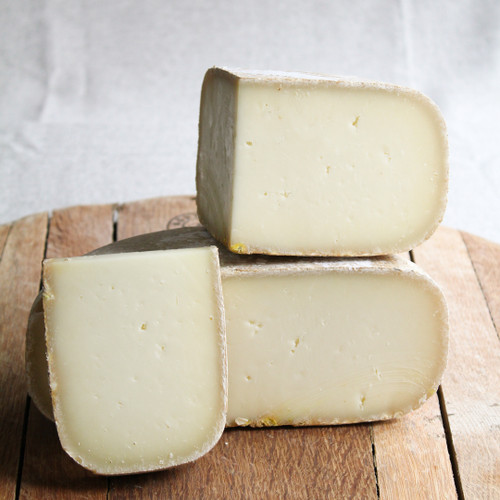 Ossau-Iraty is a traditional, unpasteurised cheese from the picturesque mountains of Pyrenees that hold a fertile grazing land for the milk-giving sheeps. Six months old, it has a distintive sweet flavour with a slightly granular texture that melts on the mouth. It also has distinctive earthy notes that distinguish it from other famous hard sheep’s milk cheeses such as Manchego and Pecorino. This is definitely a sheep’s milk cheese for the connoisseur!
• Country of Origin: France
• Milk Variety: Sheep
• Style of Cheese: Hard
• Pasteurised: No
• For pregnant women: No
• Vegetarian: No
As this cheese is hand cut, the weight of the actual piece ordered will be estimated +/- 50g from the stated weight. We will ensure that the total price value of your order will be accurate or slightly in excess.
×